Sometimes, when I’m surfing on the web, or walking down the street, I see an image which catches my attention. It’s usually an image which is different, unexpected and subtracts some dullness of my everyday life. Most of the time the artist achieves this by using a new method, a new technique or a unique subject. A fleating effort in my opinion. I believe, at times to my own disdain, that everything new will inevitably erode and become void of interest. And thus make place for something else.

A few years back I was a big fan of HDR, as most of photographers are in a certain period of their photography career. It’s a new technique to them and the available tools these days make it relatively easy to create images which look surreal and magnificent. I was fascinated at the time by the amount of detail I could extract from my ordinarily uninteresting looking photo’s. I believed that more was better, that more definition and more detail and more contrast gave the viewer a more complete picture of the scene. And that the surreality was actually different states of the scene superimposed on top of each other. I thought I was showing the world a new world.

I almost never look back at those HDR pictures. They fail to interest me anymore. I have them hidden away in a folder somewhere in my library and they rarely see the light of day.

In my living room hangs a larger than life canvas image of almost 90% black showing only a dimly lit face and I look at it almost everyday and I never get tired of that image. Why is that? What is so different? 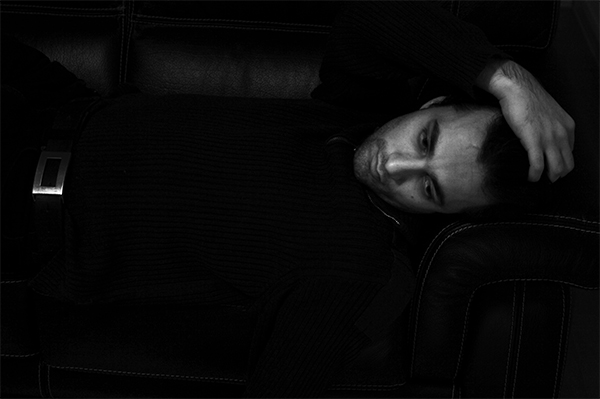 That “why” question has been with me ever since I started noticing imagery. Why is one image captivating and another one so mundane? What attracts? What interests? What is it?

Today as I was walking towards the office I walked over the Willems bridge, a mist covered the Maas and the Wittehuis and the nearby buildings. I often walk across the bridge and see all the buildings crystal clear and can distinguish between all of them and somehow it almost never intrigues me. Just like the HDR images of the past. But this time half of everything was covered up in a mist of possibility. I was given a framework just solid enough to build my own version of the Rotterdam skyline in my mind without being bound by the harsh definitions the architects of all those buildings tried to impose on me.

The image in my living room has the same quality. It gives you enough to start down a path of fantasy and then, when you have taken the first step, it releases you to wander around and explore yourself within the confines of that image. I think the most important part of what captivates and intrigues us about an image is what we don’t see.

Novelist G.K. Chesterton once said, “Art consists of limitation. The most beautiful part of every picture is the frame.” For me, this morning, the mist was the frame.